HomeAll PostsUncategorizedHolding Office in a Car

As we push to be uber-productive, what do you think of a self-driving office?

Regus, the same company that operates close to 2,000 business centers globally, presented an autonomous concept self-driving car called XchangeE, one where the two fronts seats swivel backwards to create a meeting space for four people. “In addition to the swiveling chairs, the car’s infotainment system will let workers connect to their office and create presentations.” 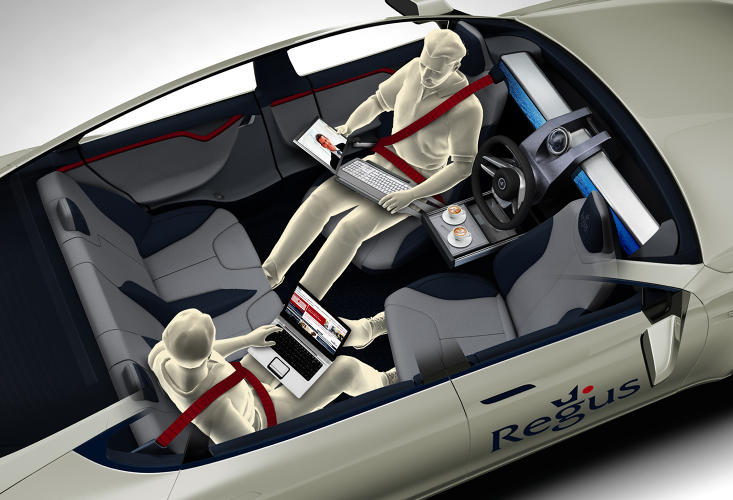 “Right now, many of us suffer through long, traffic-plagued commutes to and from work, the airport, or client meetings. It’s just dead-time when you aren’t doing much,”Sande Golgart, West regional vice president at Regus, told Fast Company. “If the XchangE helps people get their work completed or their deal struck while they’re traveling from one place to another, then that’s less work they have to take home with them.”

Source: The Office of the Future is a Self-Driving Car